So!  Day Three of Notbeading, and I've decided to cheer myself up by having a little giveaway.  I was fiddling around with an idea for the Art Charm Swap awhile ago, and decided to try to make little tiny charms with bead embroidery.  Then, after re-reading the rules carefully, I saw that the charms needed to be smaller, and also needed to be able to get wet a little - NO, bead embroidery wasn't going to work.  Back to the beading mat I went…  but I really liked the little component I ended up with, and thought it would look cool in a mixed media type bracelet or necklace, used as a bracelet 'blank' or maybe part of a pendant.

On the first one, I was trying out an experiment on attaching jump rings while doing the edging, and I really like how it came out, because I think it looks a little like a puzzle piece.  Diane Hyde has a lovely project in the Beading Across America book, and it includes using jump rings in her embroidered piece, and I was interested to see if edging along them would work.  I'm still playing with the idea- thank you for the inspiration and conversation, Diane!!  :) 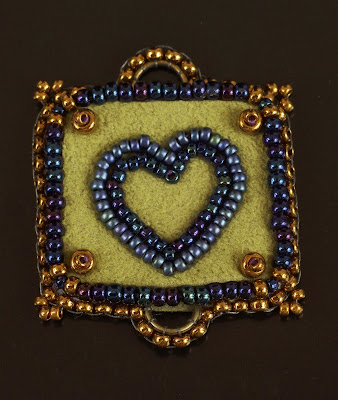 I made another just because, and decided to try doing the edging differently, with two rows of brick stitch.  I think it looks a bit like a victorian pillow for a classy sitting room, and almost like it has a little fringe, even though it doesn't have actual fringe.  I used the new crystal Lilac Shadow color from Swarovski for the chaton and the bicone - but I think my pretty background ultra suede really overwhelms it a little, you can't see the colors of the crystal well, even though it's a pretty little thing. 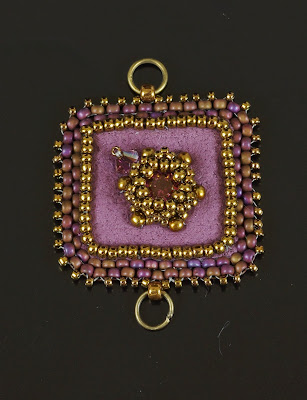 I would still really love to see either of these used in a mixed media piece, but I don't personally have any sari silk, or waxed cord, or most of the things used in the mixed media pieces I admire so much.  So, if you have those types of supplies and enjoy mixed media, and think one of these is inspiring in some way, leave me a comment, and I will do a Doggy Draw to pick two winners, and these can fly off and live with you!  I would really like to see photos of what gets made with them, and share them with my FB friends and here on the blog; that's my only 'rule' for the give away.

I'll announce winners in a few days, and for those of you who haven't been part of a Doggy Draw before, it means that I write names on little scraps of paper and put them down on the floor; whichever piece sticks to either Teddy's or Nikki's nose first, is the winner.  ;)   Have a great day! 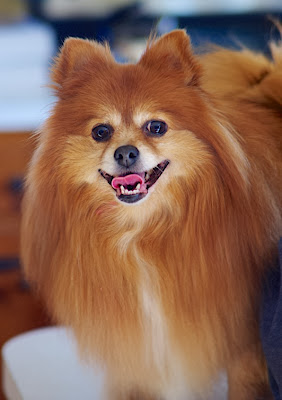 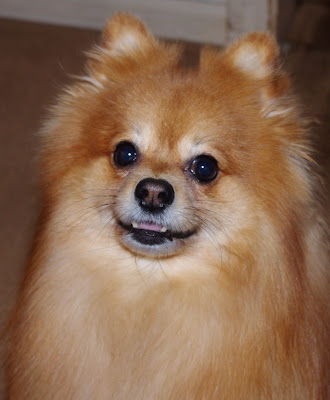 Teddy
Posted by NEDbeads at 1:02 PM