Well wow, I didn't realize I hadn't blogged since January... oops!  I'm sorry to be such an unreliable blogger, but am so grateful for all of my friends who still wander by and pop in to see what I'm up to. It's been a bit of a weird 'end' of winter, with totally psychotic weather patterns here in VT, freezing cold, thawing out and raining with sun, back to freezing cold, and it has resulted in lots of colds and aches and general misery.  My Dad ended up with pneumonia and back into the hospital, but is now recovering well in rehab and will hopefully be home again soon; my elderly chow has been having a horrible time with her arthritis and trying to get around, and my husband's joints hurt so much he's hobbling right along with her.  Me, I've just managed to get by with sniffles and coughs, so far - cross your fingers for me, please!

I have some upcoming things I'm really happy about - I shall have photos of my work in two new, soon to be published books (yay!!), I'm taking part in Battle of the Beadsmith 2014... 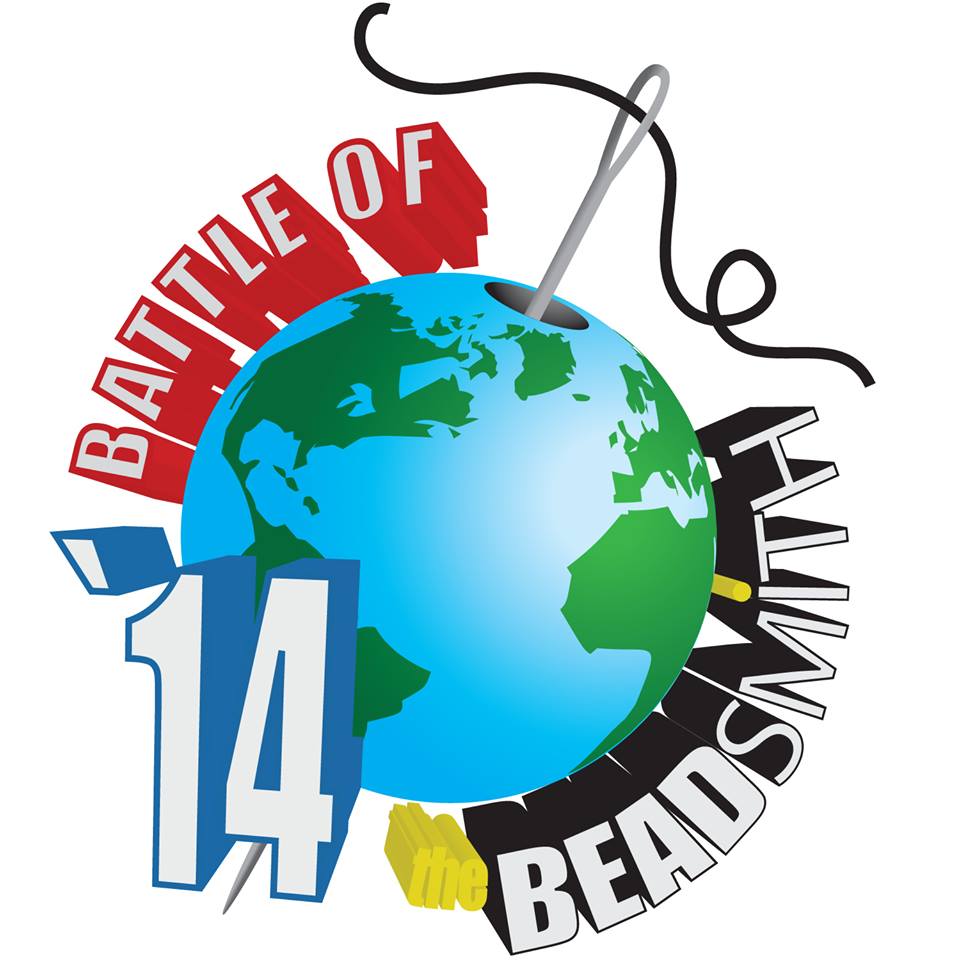 (waiting for partners to be announced now, tap tap tap), I am taking part in the Bead Soup Blog Party 8 (yay! and I have no idea how our hostess, Lori, is managing to keep everything going as bad as she's feeling now with her health, but love and prayers to her and many thanks, too)

... and have sent out soup to my partner, Lisa Knappenberger.  I am also really excited that Karen Williams' proposed book on freeform peyote bead weaving was successfully funded on Kickstarter - oh YES!! :)  If you didn't get the chance to stop by and help her out with the funding part, I still highly recommend wandering by and checking out her video and getting all excited about the release date, because it's gonna be awesome!!  I also got to make a pair of earrings for the beautiful and delightful Marcia DeCoster (yes I DID squee!).  I'm not sharing pictures until (if) she does... but she did say she loves them!!

In between all the excitement of these things, I did manage to get a new tutorial out in my shop, called Princess Natalia's Locket.  It's super cool and (I hope) super pretty, and lots of fun to make, too.  :)   The focal piece of the necklace is a working locket created mostly of peyote stitch, wherein you can store a keepsake or a charm, and it hangs from a pretty chain made of right angle weave and herringbone.    If you haven't bought the tutorial yet and you gottagetchasome, here's the link to my Etsy shop. 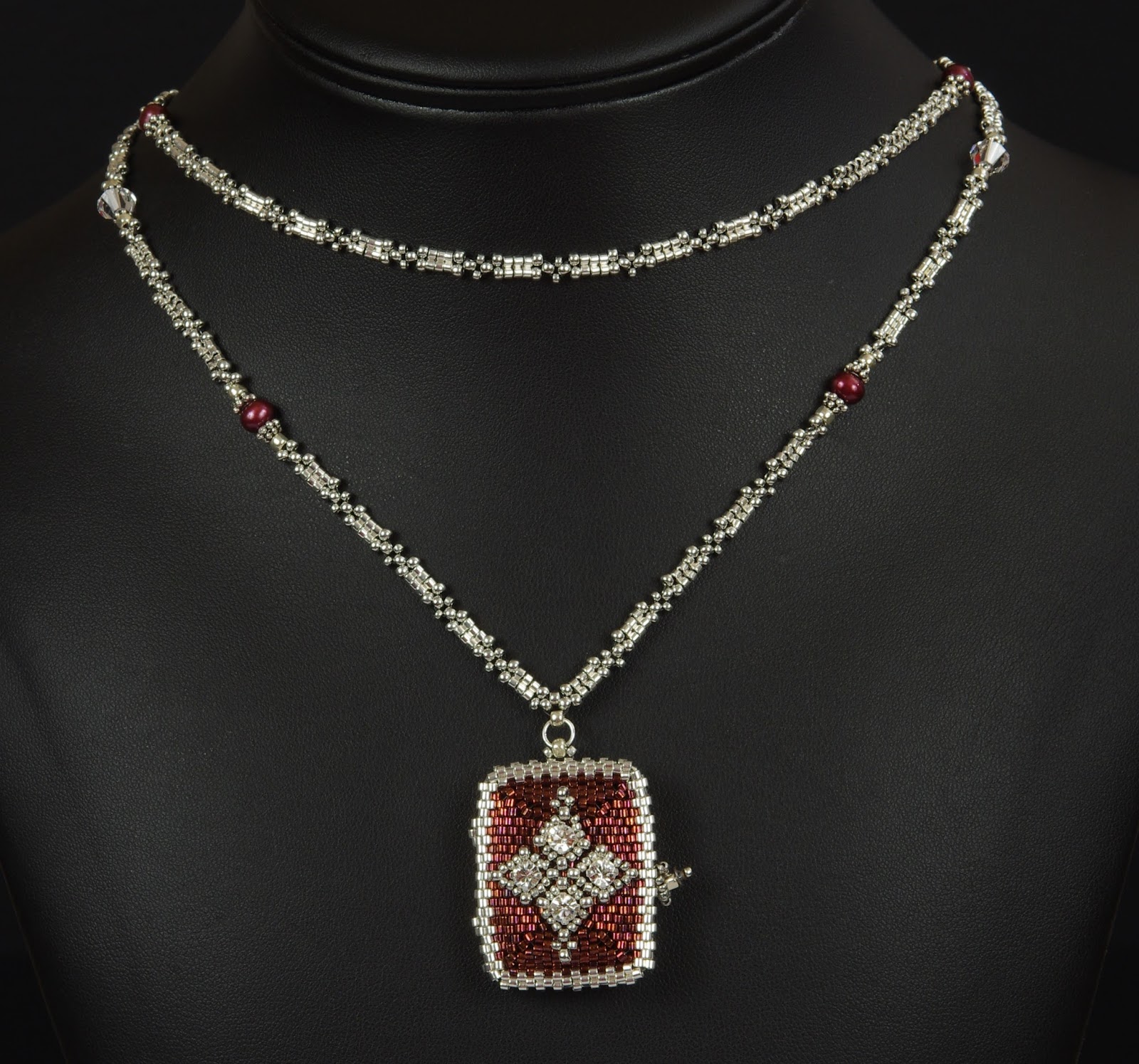 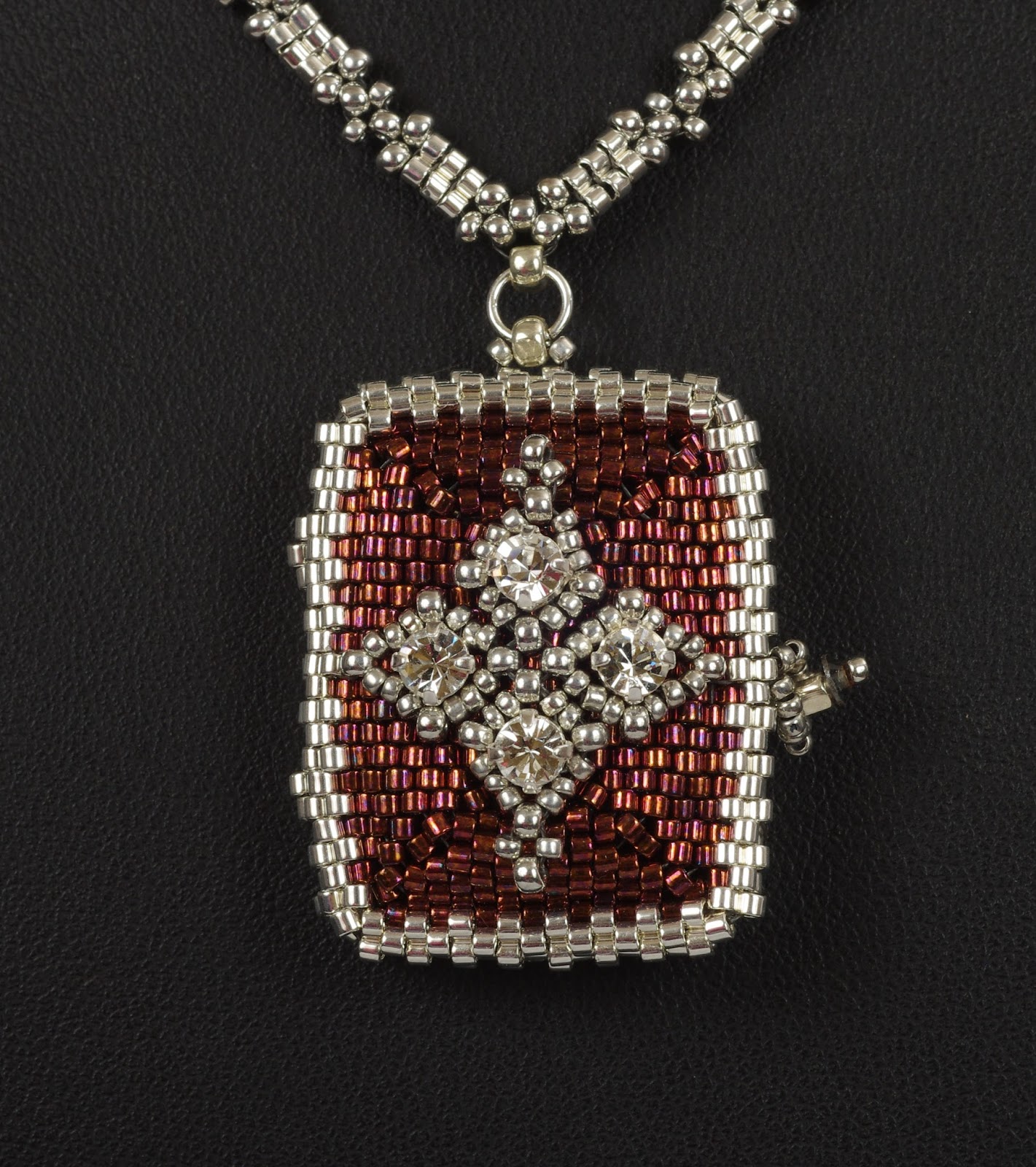 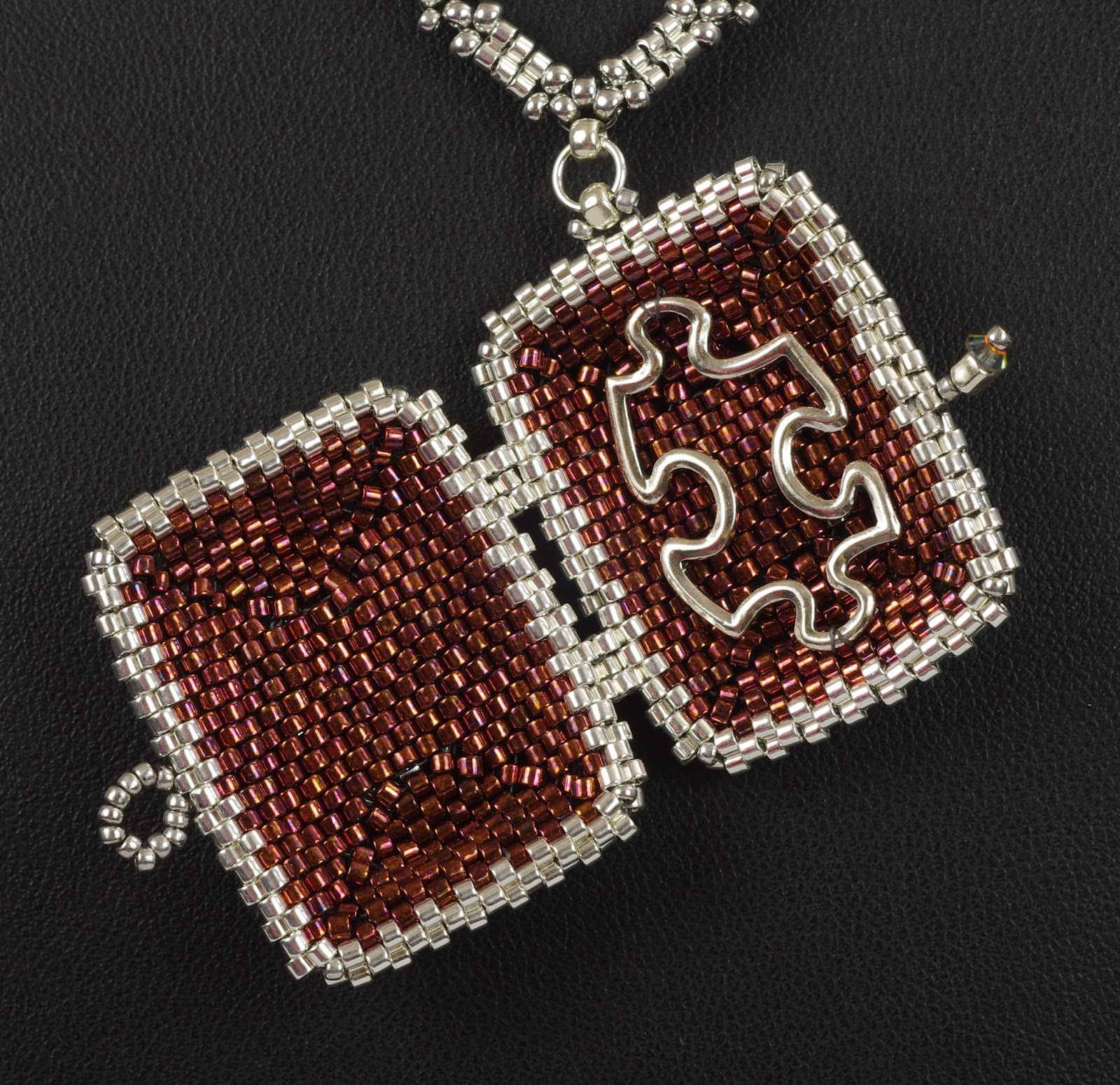 Today has been a good beady day in one way, with a lucky snag of a set of new beads by Caroline Dewison of BlueberriBeads 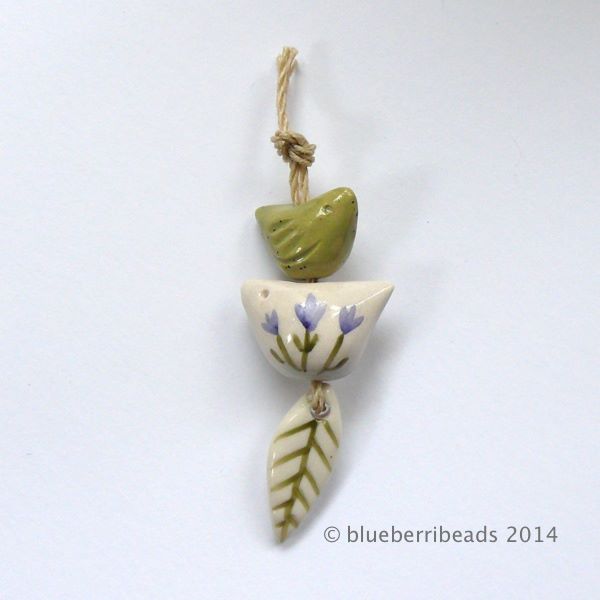 ...and not such a great beady day because I ran out of the size 15 Duracoat silver beads I was using to construct a new Trellis necklace.  This rope is bigger than my previous Trellis necklaces, in that I decided to make a CRAW rope for the inner bit rather than a three sided RAW rope, and it increased the girth quite a bit.  It also EATS 15s on the outside, it's taking almost twice the amount used for the smaller rope, because you're making four repeats of all of the elements, including the netting all the way around.  But I think it looks mega cool with these beautiful lamp work beads by Judith Billing (of Icarus beads).  These beads are exquisite - the finished photographs, taken by Sherwood, will no doubt show their glory much better than my feeble attempt here.  They look like little galaxies, with shiny milky way stars... *sigh* 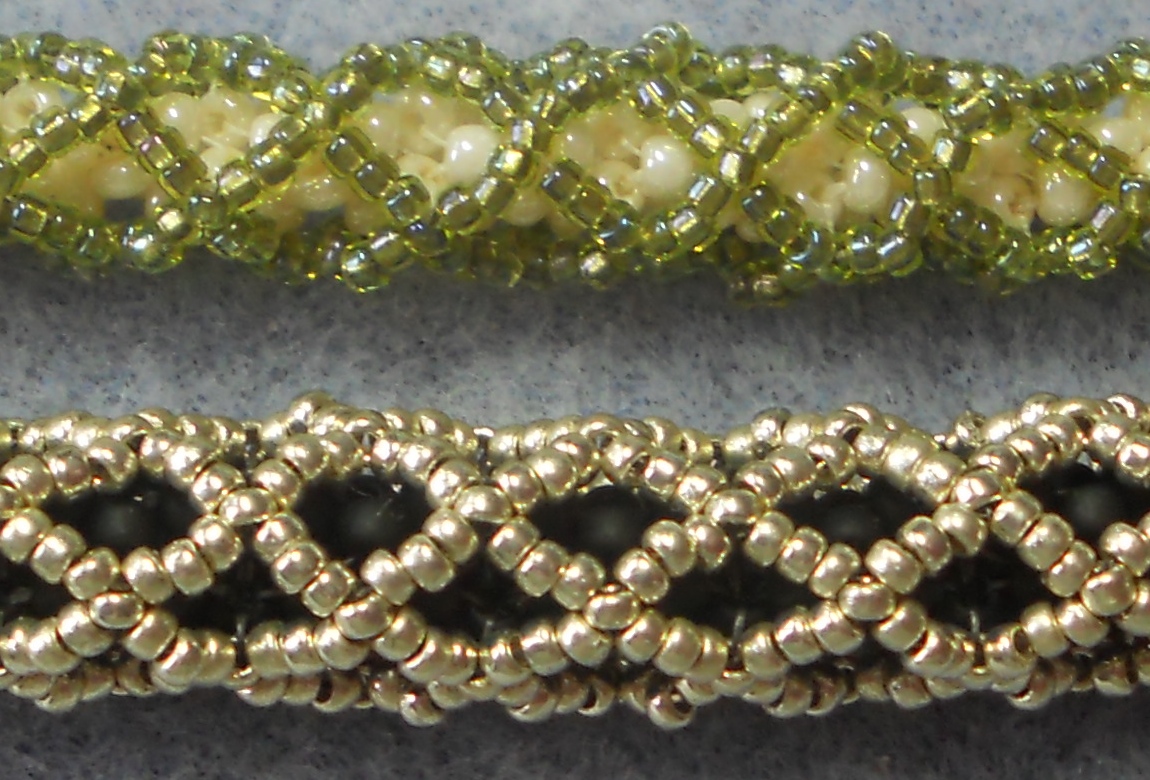 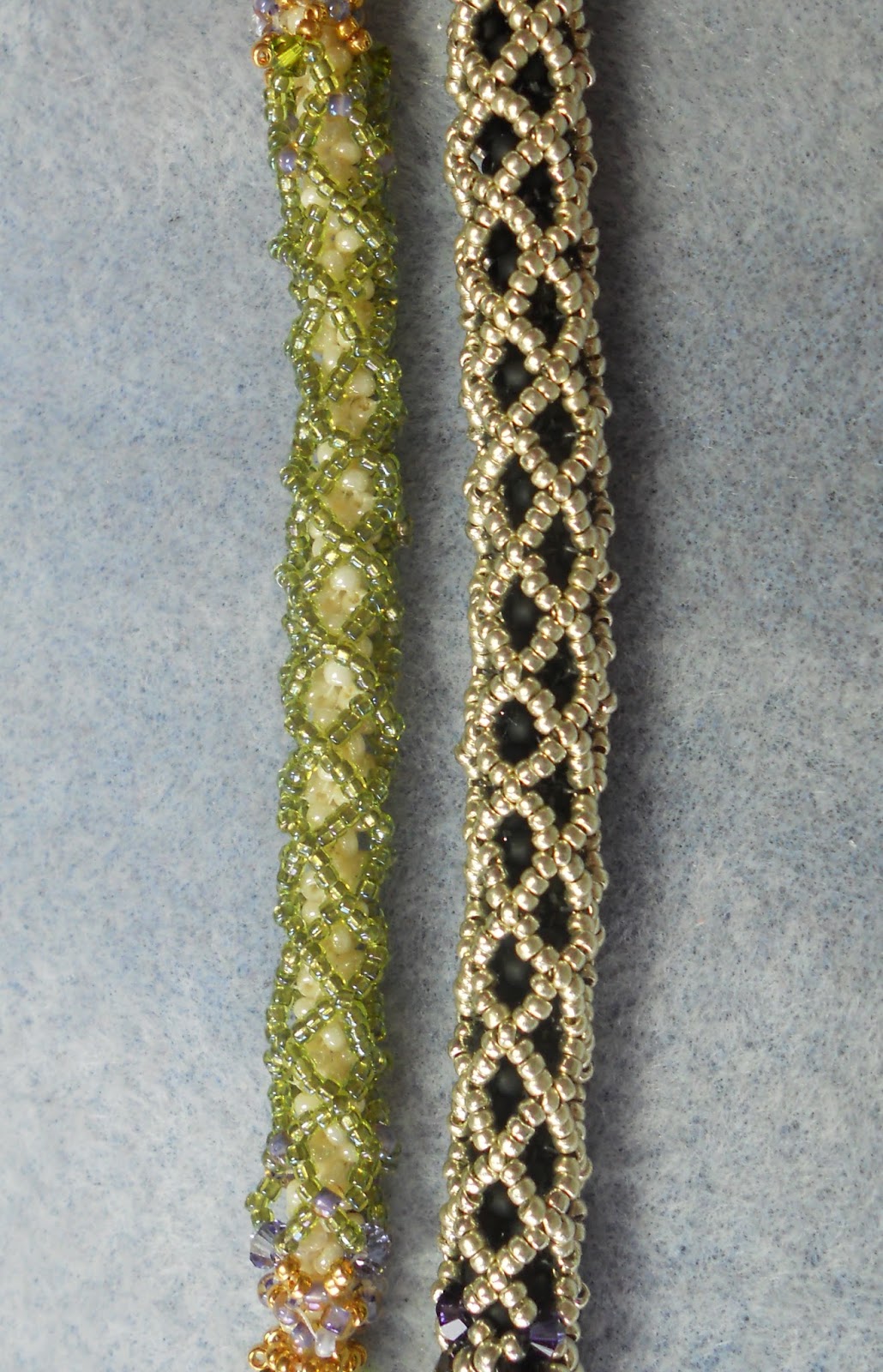 I changed up the 'flower' bits at the edges of the rope, too, and added in 2mm Swarovski rounds and omitted the size 15 center to the 'flower' to make it a little more elegant looking for this piece.  I'm having fun with it, anyway - I hadn't made a Trellis in ages and forgot how addictive they can be.  It's going to be a long wait (even if it's really a short one) for my 15s!! 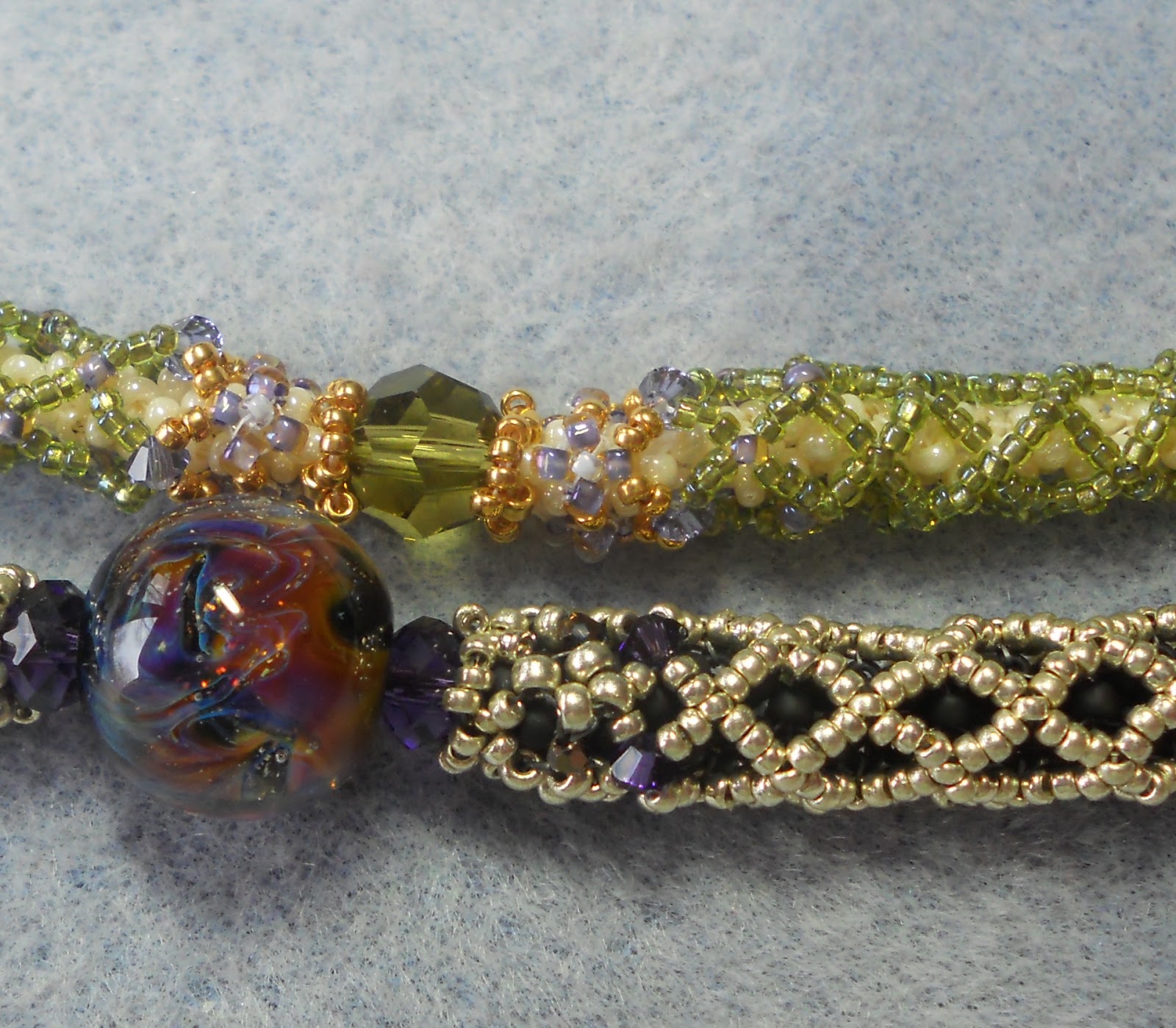 I have also just been playing, messing around and using colors that made me happy at the time.  This little doodad is a hexagon rope with some layers of single strands of embellished beads on top...  it looks like a big pile of beads, and won't go anywhere, but it was fun to play with.   :) 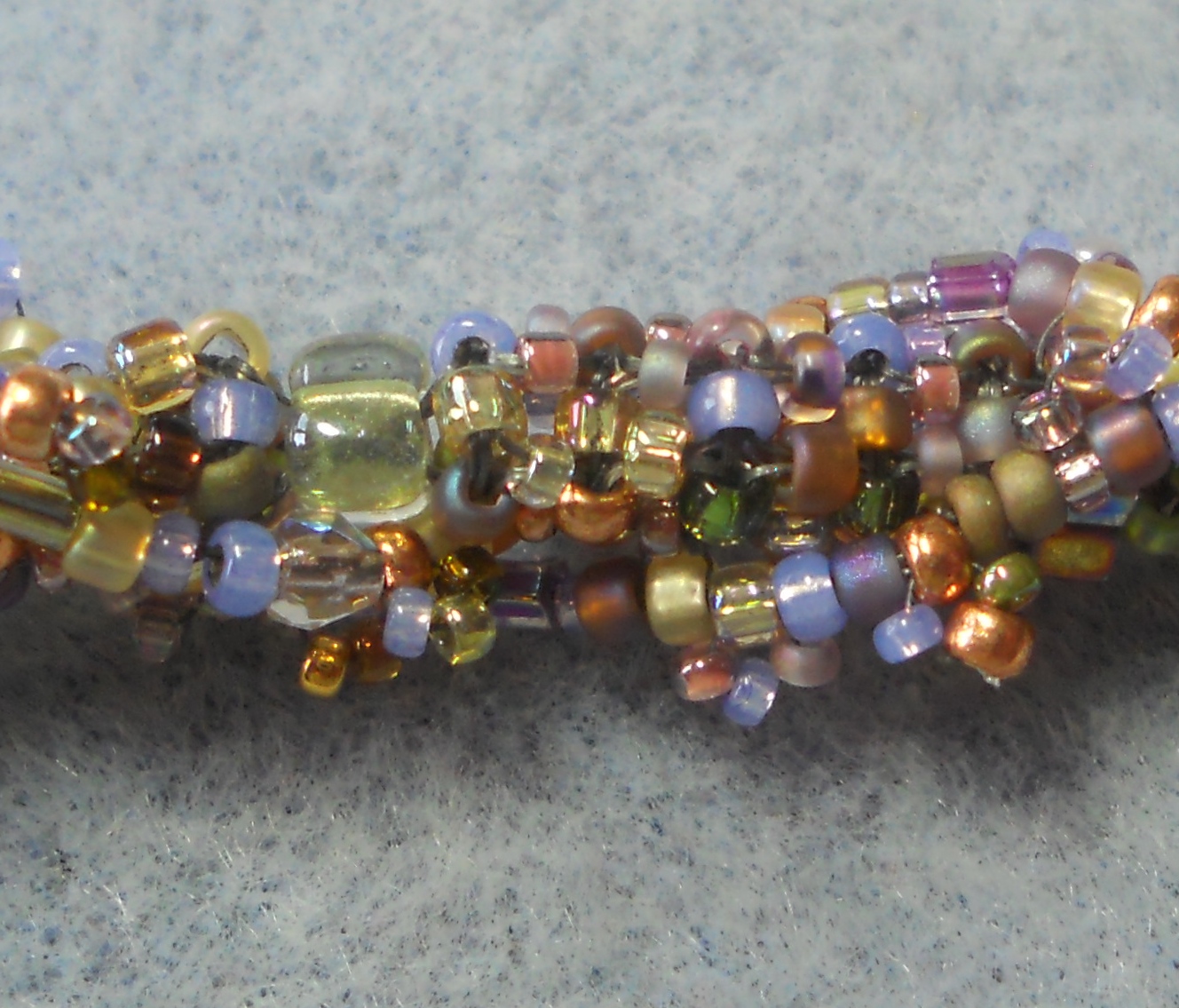 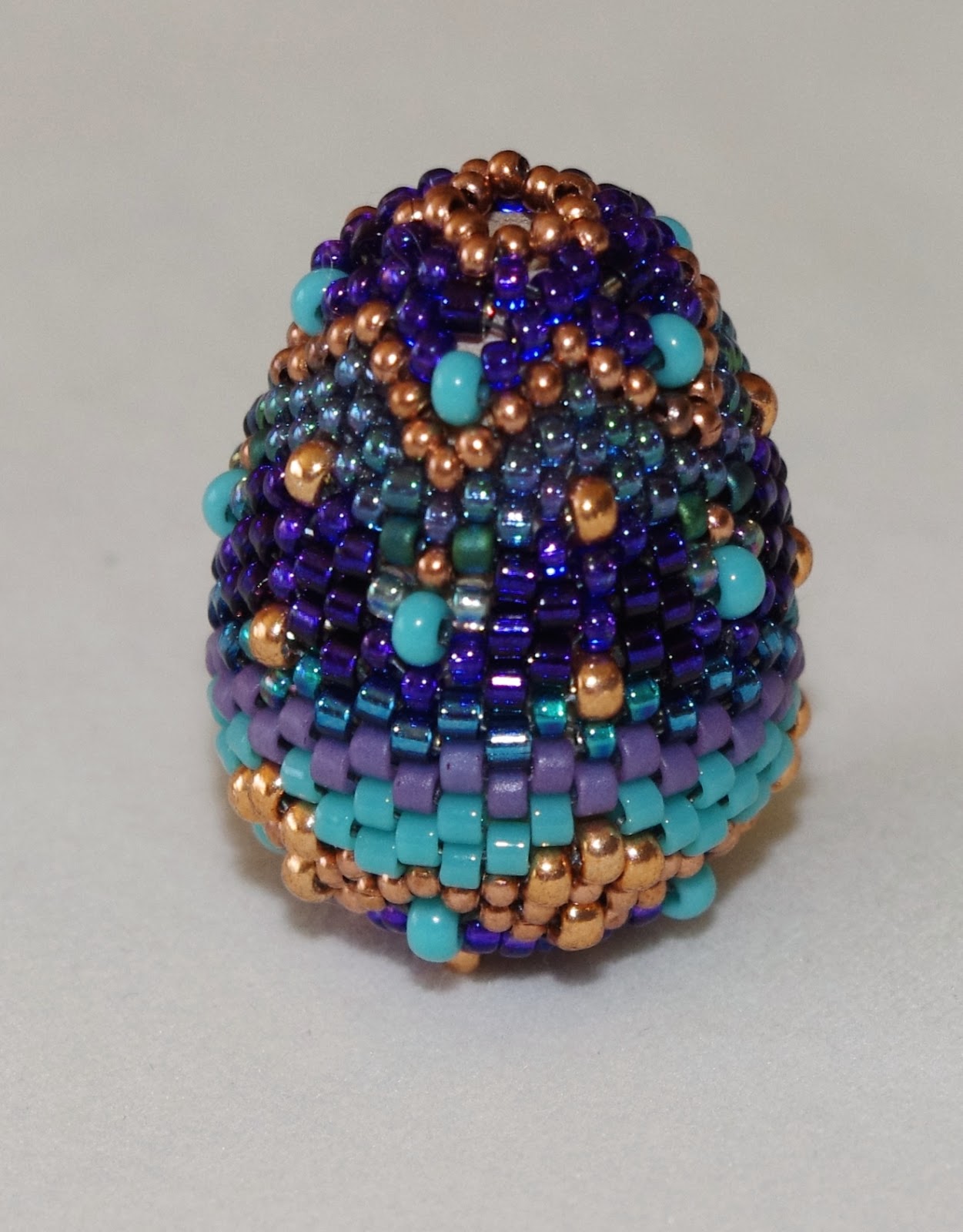 Off to see what appears on my bead mat while I'm waiting for those 15s... hope to blog sooner rather than later this next time!  (Somebody elbow me...)